It was all thoughts of celebrations and festivities. Colours everywhere. Little children running around in excitement. “Mama.. ” eight year old Mandi asked their mother, “if we go to bed early, can we get up early?” Mandi was trying to figure out what happens to nights when there is  happiness and excitement everywhere. Mama, busy, rushing around, doing last minute chores around the house simply replied with the first thought that came to her mind.. ” Early to bed, early to rise”. That was enough for Mandi!

It wasn’t only Mandi who heard Mama’s proverbial and philosophical statement. Mandi had three younger sisters and one little brother. Everyone heard it! “Mama says go to bed early and we can get up early and start enjoying”. They all chuckled in shared happiness that the night would become short as the day(s) of excitement would last and last. It was the time of one of those village festivals and everyone gets excited. City dwellers converge in the villages to enjoy the rare occasions for shared family time.

Six o clock early evening, when the African sun was just about setting in the skies, Mandi yelled to her siblings.. “Mama says we go to bed early and we’ll enjoy more…”

In obedience, within five minutes, all had converged in their little room occupied by one large bed. All five pairs of eyes..

.. side by side dazzling under one large sheet.

Before too long, everyone was snoring. Mama sneaks in, takes a good look at the wonderful gifts of life G-d had blessed her with. Without thinking too hard, she fell to her knees, tears in her eyes, blessing and  thanking God for the precious gifts of life.”

The nights dragged on or so Mandi felt. She checked the time with Mama virtually every hour. Mandi would ask Mama.. “Mama is it time yet?” It seemed Mama had a ready answer all the time.. “.. a little longer..”

And then there was some space of time during the dead of the night when everybody succumbed to nature’s call to deep sleep. Mama, Mandi and everyone.

Early next morning, Mandi was first to wake up. And oh! Mama had taken ill. A few relatives crowded around her discussing what next to do. “She might need to get into hospital” aunty Dukie seemed to have advised, after all aunty Dukie is a trained nurse. Everyone agreed.

“Oh no! “What about the joy, what about the happiness, the festivities, the beautiful dresses, the food, the games and all the fun?????” Mandi’s eyes filled with tears. What about the togetherness? What happens to everyone, she thought?

Running back to her siblings Mandi yelled.. “something bad is happening to Mama, what should we do?” None of them had an answer and silence ensued.

Mama had to go into the hospital. The clock stopped in the family when Mama slipped into a coma which doctors could not explain. Mama struggled for her life, in coma for 45 days. The world had come crashing in on Mandi and her siblings ( or so it seemed and felt) but no one out there in the community took notice.

Days became weeks and weeks became months. It was a harrowing experience for Mandi and her siblings.

Mami, moved in. Or rather, G-d brought “Mami” .. Mandy’s grandmother who stood in for Mama. The days were tough and the nights were rough. That single first night that should have been the shortest in Mandi’s family became the longest. But then something happened in the midst of it – heaven kissed their world.

Mami sat Mandi, Ana, Tessy, Amie & little Jerry down and opened up the age old secret of effective prayers of Psalm 23 to them.

With tiny hands clasped, eyes shut, Mandi and her siblings soon learnt to pray simple but effective prayers from the psalms.. taught to them by Mami..

“The Lord is my shepherd..

I have all that I need..

He lets me rest in green meadows..

He leads me beside peaceful streams..

He renews my strength.

He guides me along right paths, bringing honor to his name.

Even when I walk through the darkest valley, I will not be afraid..

For You are close beside me.

Your rod and your staff protect and comfort me.

You prepare a feast for me in the presence of my enemies.

You honor me by anointing my head with oil.

My cup overflows with blessings.

Surely your goodness and unfailing love will pursue me all the days of my life, and I will live in the house of the Lord forever.”

As little children, this simple prayer, though authored by King David centuries ago was more than real to them. Mandi later recalls as an adult that she literarily would see the good Shepherd doing all that the Psalmist says he does as she shut her eyes and dreamt of that same Shepherd assuring her deep within her soul that Mama would be fine, time and time again. Mandi would often say that there was something very unique about those experiences. She recalls that they felt real and the harder she thinks about it now, the more she concludes that it was heaven kissing their innocent world in the hardest moments in their family life.

G-d answered their prayers. Mama survived. She is alive and well. Mandi and her siblings are all adults raising their own families.

“We are grateful to G-d for proving to us when we were yet children that He is real. I learnt so much about life during the experience. He indeed kissed our world.”

My first night away from home 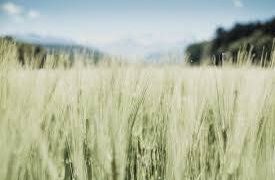 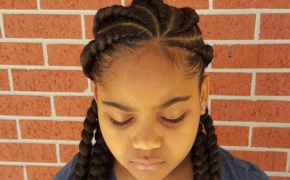 My first night away from home